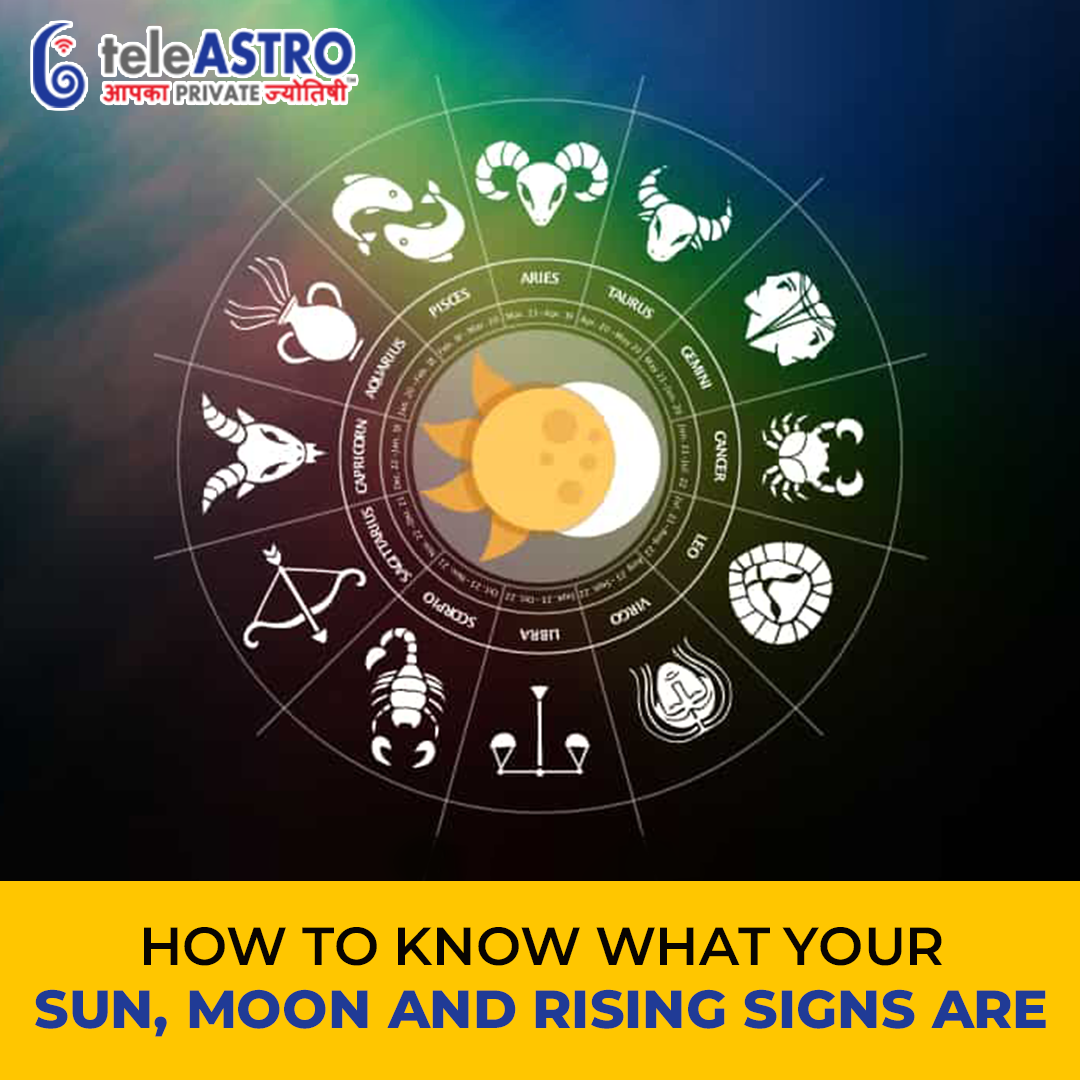 Astrology has been around for ages. Based on accurate observations that were then further inferred from the influence of cosmic elements in our solar system, astrology has become a study of its own with several aspects and sections. Astrology, or what is also known as the study of patterns and relationships, finds meaning in a world full of chaos and mayhem. This practice discerns a sense of the cosmic elements at play. Vedic or Hindu astrology includes 12 houses and 12 zodiac signs. But a horoscope/birth chart or a kundli is not that simple. Accurate time, birthplace and date are required to figure out the exact astral movement of all the stars and planets. Your zodiac sign should be a basic fact known to you, but knowing your sun, moon and rising sign is just as important. Read on to find out more about them!

Moon signs represent and connect us to emotions. If you are familiar with astrology, you probably know the impact that the moon can have on a person’s demeanor and mental health. A person’s moon sign determines their reactions, feelings, way of feeling things and instincts. Our moon sign helps us comprehend our emotions and grow with them!

Chances are that when people ask you about your zodiac sign, they are actually referring to your sun sign. The sun sign is based on a person’s date of birth and if the movement of the sun’s movement changes during your birth, there is still no possibility of two signs or a cusp. The sun is the most dominant and radiant part of your birth chart. With age, your connection to your sun sign keeps increasing. Your sun sign connects you to your personality, life principles and core values. The sun’s presence in the birth chart represents self-image, confidence, self-esteem, self-identity and sense of self. Below-mentioned are the dates on which the sun is usually in these twelve zodiac signs –

Finding out the big three is a task you should complete if you want to understand yourself better. But if you still face any difficulties in this process or require guidance, you can always consult the best astrologer in Delhi with Teleastro. Get accurate predictions and helpful solutions for any kind of astrological issues in your life by booking the best astrology consultation online or simply by an astrologer consultation on phone with Teleastro! 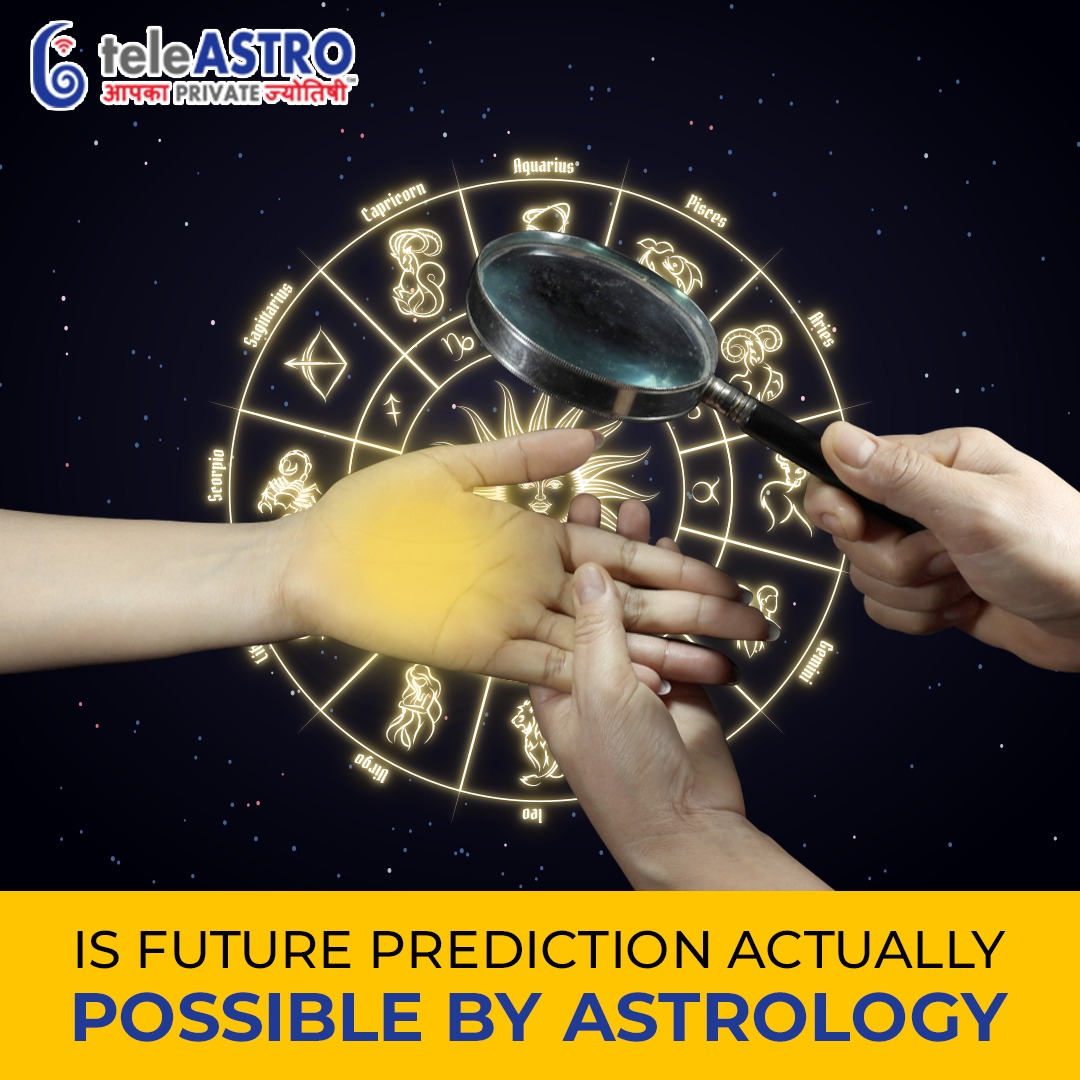 The answer is an unmistakable yes. Astrology has been around for eons and it is quite obvious why. Humans have been looking for answers even before they could properly formulate questions. Our curiosity hasn’t just helped birth science of all kinds, it has also helped mankind to ask more questions and go where no one has been before. Today, astrology is referred to as a “pseudoscience” when, just a decade ago, the very thought of planets and other celestial objects having an impact on our mental & physical health, personality, principles, and various other aspects of life was considered a frivolous concept. Astrology helps us understand ourselves better and, as a result, helps us perceive our aspirations, wishes, dreams, and desires accordingly. Read on to find out more about the accuracy of astrology.

Future prediction is a complex study. Neither is it as simple as calculating your birth date nor is it as easy as simple as choosing a card. To put it simply, you can imagine the future as a bubbling cauldron brimming with millions and millions of possibilities. We, humans, are always provided with some choices. These seemingly simple decisions can permanently alter our lives in myriad ways. All these small choices inevitably snowball into huge events sometime in the future. This kind of pattern makes future predictions a risky business.

This is also why while looking for accurate astrology predictions, you should consult with a good and wise astrologer. There are astrologers of all kinds around. Some only want an easy way to earn money, while some just like duping people. Book yourself an appointment with a learned astrologer on our site for astrology future prediction. At Teleastro, the best astrologer in Gurgaon will connect with you and help you with the problems you have been facing in your career, education, job, business, love life, family life, and more.

If you type out astrology on your Google search bar, millions of sites will load in just a few seconds. But ample research must be done to ensure that these sites are legit. Teleastro is 100% legit and credible. We know that astrology is an ancient art gifted to us to grow more aware of our surroundings, our future, and ourselves. In astrology, the movements of various planets and stars are studied closely and carefully. All of these celestial objects have a role to play in your life. Astrology helps you with future predictions and thus also helps you to prepare for it. In a world where there is no assurance of anything, astrology helps you prevent and solve problems.

So what does an astrologer predict? And how accurately does one predict the future? The astrologers at Teleastro revere the art of prediction and planets. Our astrologers will first take a look at your birth chart, discuss the problems in your life and suggest some remedies to negate the effects of malefic planets and stars. The world is quite unstable. In such an unstable environment, it is natural for individuals to look for future predictions to safeguard themselves and their loved ones from it.

Astrologers will be able to find out more about your personality and previous life. They will tell you how the karma of your previous life will affect you in the present one. After a proper astrology free consultation, you will be able to instill a few beneficial habits in your life that will help you prevent tough times. Talk to us to get detailed personalized predictions and remedies!

Your PRIVATE Jyotish is just a call away..